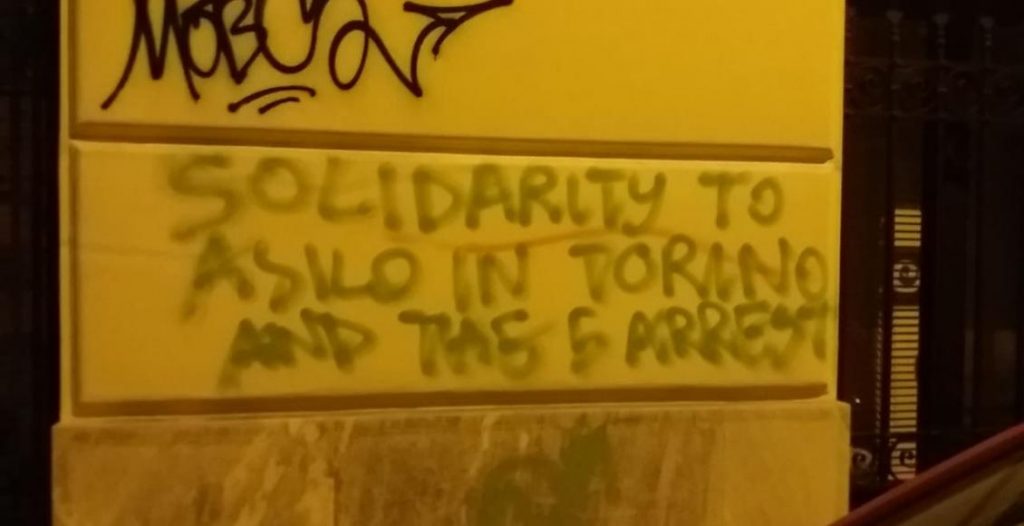 On Friday the 1st of March there will be a solidarity dinner for the people in Italy who are arrested and suspected of involvement in a subversive organization.

In the early morning of 7 February, the Italian police began evacuating the Asilo Occupato squat in Turin. Five people continued to resist on the roof and after 30 hours they came down. The building has now been finally cleared. The eviction takes place in a broader context of repression: seven people are arrested and suspected of involvement in a subversive organization.

The arrests and evictions are the result of the repression against the fight against deportation centers, the so-called CIE (center for identification and deportation) which are now renamed CPR (center for repatriation) by the Salvini-Di Maio government. The charge of subversive association or organization against anarchists is very common in Italy. The state also has certain legal articles and legal methods at its disposal that are not applicable or unknown in other European countries.

More information about this wave of repression will be given during this event. All profits of this evening will go the people who are being arrested. A lot of money is needed because long prison sentences are imminent. So come and join us for dinner! Please call with +3168491928 to make a reservation!