Trouble screening – #14: Fighting Where We Stand

Trouble screening – #14: Fighting Where We Stand 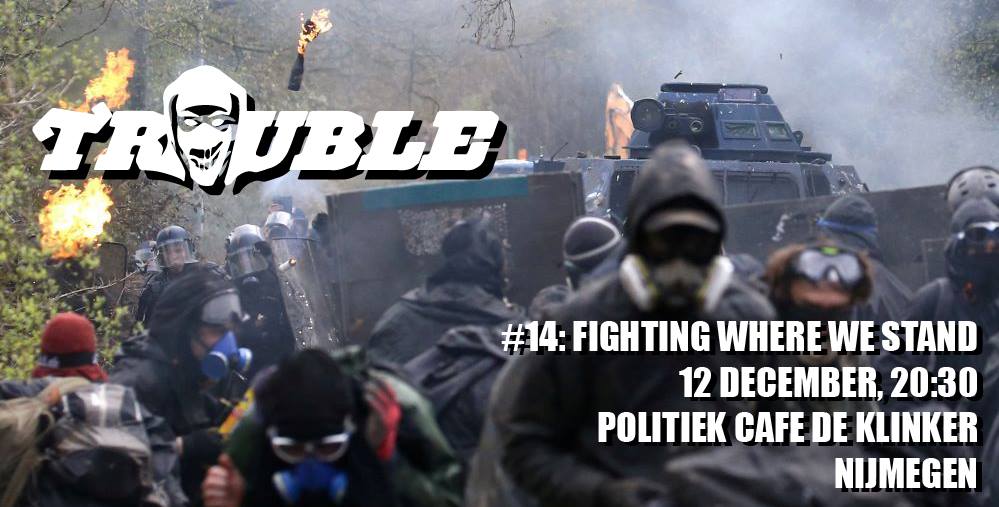 On Wednesday the 12th of December, we invite everyone to come watch an episode of Trouble, an anarchist documentary series by SubMedia. We will be screening episode #14: Fighting Where We Stand. There will be snacks!

The episode is about territorial autonomy and shows three ongoing land defence struggles: the Unist’ot’en Camp, located on the unceded Wet’suwet’en territories in so-called “Canada”; the squatting movement in Ljubljana, Slovenia and the Zone à Défendre (ZAD) in Notre-Dame-des-Landes, France.
“… the battle to defend a squatted social center in an urban neighbourhood will necessarily look very different from one waged by Indigenous land defenders against the encroachment of pipeline companies through their territories. But though these struggles may assume different forms, they stem from a shared resolve to draw a line in the sand and to defend it… come what may.”


After watching the episode, we want to have a discussion about struggles for autonomy, here and elsewhere. What kind of autonomous spaces have we been part of or would we like to create?