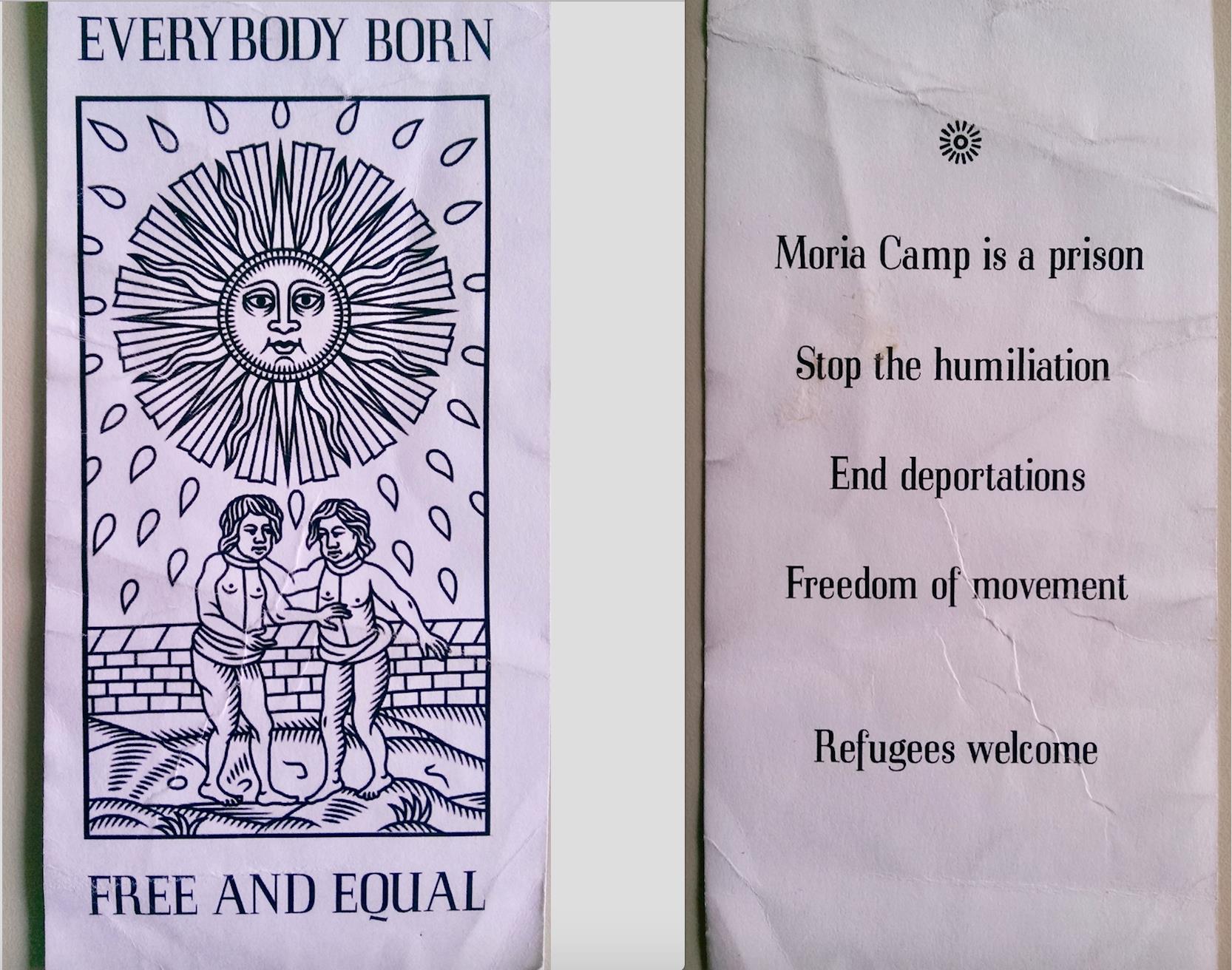 Two of our justPeople group just came back from Lesvos, where they were supporting migrants and their struggle. We would like to invite you this evening, to – together – look at, and talk about the harsh reality on Lesvos, as they share their experiences of the past 2 months.

Now most media has lost their attention for the island, it has become even harder to stay updated on the Eu-turkey deal and what this deal actually means for migrants that are stuck in Greece. Since the signing of the deal in 2016, there is no hope for the vast majority of migrants, no future, just an endless loop of waiting and eventually expulsion to either their home countries or to Turkey, again, straight to prison for no reason.
The conditions on the islands are atrocious and by now you might have heard of fire and riots in the mass refugee detention camp called ‘Moria’. You might have heard of repeated hunger strikes, Their demand: justice. To stop the unlawful imprisonment and dehumanization of migrants who have the same human rights as every human does, but whose rights are continuously abused.

In the midst of all this, we can also find inspiring actions of resistance and hope and we would certainly also like to share those stories with you that night.